Yesterday’s revealing of the Giller Prize shortlist, today’s announcement of the Governor General’s Literary Awards finalists, both on the heels of last week’s release of the five finalists for the Writers’ Trust Fiction Prize, means that the big three Canadian literary prizes are counting down the days until we find out who wrote the best in Canadian literature for 2014.
Each year, it seems a handful of the nominees for these prestigious CanLit prizes have come from the magazine world; this year, almost all of the shortlisted authors have National Magazine Awards on their resumes. 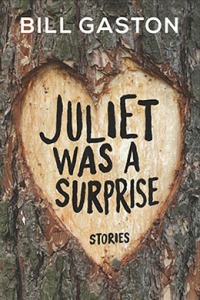 Four of the five finalists for the GG Fiction (English) award are former National Magazine Award winners and nominees:

The fifth GG fiction finalist is Claire Holden Rothman for her novel My October.
In the GG Non-Fiction (English) category, all four finalists are former National Magazine Awards nominees:

Finally, for the GG Award for Children’s Book Illustration, one of the finalists, Jillian Tamaki, is a three-time National Magazine Award winner for Illustration. Read our interview with Jillian about her career as an illustrator.
The Governor General’s Literary Awards honour excellence in fiction, non-fiction, poetry, drama, children’s literature (text), children’s literature (illustration), and translation. The winners will be announced online on November 18, 2014, with a public event to follow in Ottawa on November 26 (English-language winners) and November 27 (French-language winners).
WRITERS’ TRUST FICTION PRIZE

For the Writers’ Trust Fiction Prize, joining Miriam Toews are 3 former National Magazine Awards nominees: André Alexis (Fiction, Event, 2009) for his novel Pastoral; Steven Galloway (Humour, Vancouver Magazine, 2005) for his novel The Confabulist; and K.D. Miller (Fiction, The Capilano Review, 1997) for her novel All Saints. Rounding out the shortlist is Carrie Snyder for Girl Runner. The winner of the Writer’s Trust Prize receives $25,000; all finalists receive $2500. The winner will be announced at the Writers’ Trust Awards in Toronto on November 4.
Congratulations to all the finalists. A great CanLit awards season awaits, and we’ve got lots of reading to do!