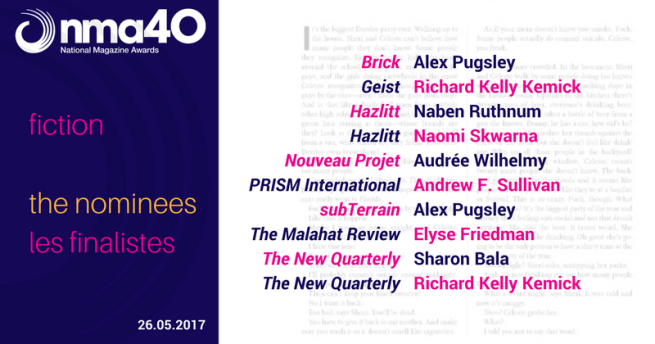 The National Magazine Award for Fiction has a storied history (oh goodness, please pardon that pun). Alice Munro won the inaugural NMA fiction gold medal in 1978 (and again in 1983, and again in 1999). Yann Martel won in 1993; Elizabeth Hay in 1995; Lynn Crosbie in 2002; Shyam Selvadurai (2007).
In 2010, Steven Heighton joined Munro as a three-time gold-medal winner (also winning in 1992 and 2008). Jay Teitel won the silver medal back in 1978, then won the gold medal 26 years later. William Gibson, Thomas King, Patrick deWitt, and Zsuzsi Gartner have also been winners.
This year’s National Magazine Awards jury considered a wide range of submissions from Canada’s top literary magazines for this year’s fiction prize, an award presented by Ontario Arts Council, which has supported the National Magazine Awards and Canadian literary artists for decades.
On April 20 we announced the nominees for the 40th anniversary National Magazine Awards, and we are excited to welcome Canada’s best writers, editors, artists, art directors and more to the gala on May 26. [Tickets]

Here’s a close-up look at the finalists in Fiction… 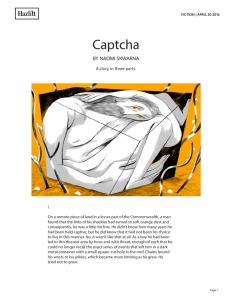 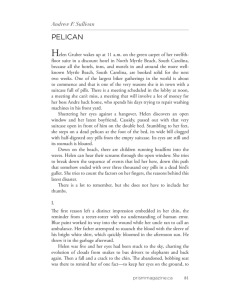 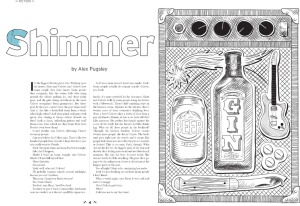 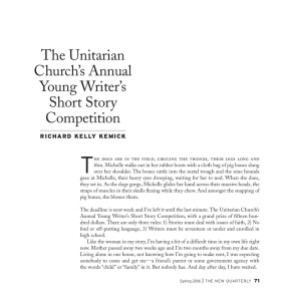 The winner of the National Magazine Award for Fiction will be announced on May 26 at the 40th anniversary NMA Gala in Toronto.
Tickets are on sale now.
Check out all the nominees for the 40th anniversary National Magazine Awards.
Follow us on Twitter @MagAwards for all the nominations news and an awesome live feed on the night of the gala. #NMA40.

In her 2016 National Magazine Award-winning story “The Beguiling” (sub-Terrain) Zsuzsi Gartner pens a portrait of an amputee cinephile named Zoltan whose sense of the world is derived from the human stories that pass through his (and others’) camera lens. In one scene, at the hospital, the ailing character is suddenly inspired to think of himself as a “little dog,” the kind that audiences root for to overcome challenges. The narrator explains:

He meant the North American penchant for happy endings. Fairy tales. But in the original fairy tales we all know the most diabolical things happen, eyes are pecked out by birds, there’s cannibalism and decapitation, and the little mermaid doesn’t marry the prince but dissolves into sad foam on the sea.

Welcome to autumn, all you writers, poets and shutterbugs. Time to let the soft, low-angle sunlight, the cool, easterly winds, and the pumpkin-spiced everything inspire you towards your next artistic endeavour. But beware the lure of the tired metaphor, for in his 2016 National Magazine Award-winning poem “The High Road,” David McGimpsey warns:

Are you the kind of person who giggles
when you hear somebody say “poetry
is like peeling an onion”? Yes? Really?
I’m afraid I must take the high road now

Did we miss one? Send us a note or hail us on Twitter @MagAwards. We’ll update this post throughout the fall as more contests are announced. Find more awards, prizes and contests for magazine journalism on the Awards and Contests pages of this blog.
To see what’s on the horizon for 2017, check out:
Your Guide to Winter/Spring Magazine Writing Contests
Your Guide to Summer Magazine Writing Contests

For a comprehensive guide to submitting to literary publications in Canada, check out:
A Writer’s Guide to Canadian Literary Magazines

Like the heirloom tomatoes soaking up the sun and the rain and the urban-air particles on this blogger’s Toronto balcony, summer writing season is ripening on the vine, still green with youth but tantalizingly close to fruition.
In his National Magazine Award-winning poem from this year’s NMAs, David McGimpsey writes of the self-defeating anxiety of creating something significant:

There is your life with the coffee-stained pants,
paint-stained pants and oxy-contin-stained pants.
O, your unfinished novel’s hero yearns—
he’s been sleeping on an army cot
in a Wendy’s basement in Los Robles.

Summer is no time to put off writing. Be inspired to create your next work of poetry, fiction or personal essay. Take the opportunity to finish your latest literary creation and submit it to a Canadian magazine writing contest.

Thursday night in Calgary the Alberta Magazine Publishers Association presented the winners of the 2015 Alberta Magazine Awards, and Avenue magazine of Edmonton took home the biggest prize, Magazine of the Year.
Swerve led all magazines with 6 awards (2 Gold, 4 Silver). Magazine of the year co-finalists Avenue Calgary and Glass Buffalo were next with 2 Gold and 2 Silver each.
National Magazine Award-winning writer Omar Mouallem was the most decorated individual winner with 3 awards: Gold for Profiles and for Essays, and Silver for Feature Writing. NMA finalist Arno Kopecky also won a Gold award for Best Alberta Story. 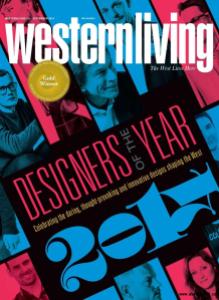 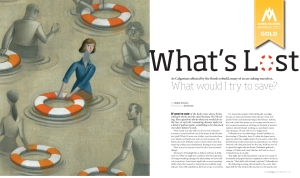