Cottage Life, crowned Magazine of the Year at the 37th annual National
Magazine Awards this past June, scooped up 8 awards at the annual International Regional Magazine Association (IRMA) awards this past weekend in New Hampshire, many of them for work that was also recognized by the NMAF.
Winning Gold awards for Columns, Illustration, Reader Service, and Department, Silver awards for Covers, Profiles and Nature & Environment, and an Award of Merit for Essays, Cottage Life continued an incredible year of recognition for its outstanding journalism. 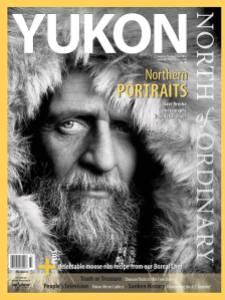 British Columbia Magazine also won 8 awards at IRMA including a Silver award for Best Website, while Yukon: North of Ordinary won a Bronze award in the Covers category (under 35,000 circ.).
The IRMA awards recognize publishing excellence by U.S. and Canadian member magazines devoted to regional interests. Read more about the awards night at the Canadian Magazines blog.